I watch a lot of comic adaptations, especially from universes like Batman‘s, and the experience is often exhilarating. Even when the plot is dark, there is a sense of adventure, a battle of good vs. evil, a showcase of how sturdy the human spirit can be in the face of adversity.

Joker takes much of that and throws it out the window. Intentionally, mind you. Its creators want me to feel uncomfortable, but I’m not sure they also want me to feel as conflicted as I am. Because while I think Joker is a solid enough movie, I’m not sure I actually enjoyed the act of watching it.

On one hand, I think the film is a brilliant departure from what a movie set in an established comic universe “should” be, treating the Batman story as a myth worthy of deep examination and reinvention. On the other, I felt that the film didn’t actually do much that was original — it just painted a familiar face onto a broken society that we all already know. If this wasn’t explicitly a movie about a well-known villain, would audiences care nearly as much?

Yet as someone who appreciates good villain origin stories, this one does feel special. It’s got a lot going for it, is never boring and caused a friend and I to chat for two solid hours about it after we left the theater. I just don’t know if I can watch it again.

In its opening shots, Joker seems to ask the simple question, “What if the Joker was just, like, really sad?” To its credit, the film becomes more complex than that, but often with just a little nudge too far in beating you over the head with its themes. It tells the story of a clearly troubled man named Arthur Fleck (Joaquin Phoenix), who later takes on the Joker moniker. Arthur has a history of being locked up in a hospital (for reasons that even he seems to have forgotten), is on seven different medications to keep himself stable, has a bad job with a bad boss and, at the end of the day, has to care for his aging and not-entirely-well mother.

Arthur is consistently beaten down, physically and mentally, by the systems at work around him. We’re meant to feel sympathy for him, and at times we do (or at least come close), but that’s when the first uncomfortable feelings really start to settle in. Because as you watch Arthur descend into his madness, it’s hard not to draw comparisons to other, real-life villains that the world has dealt with just over the last decade. Too many stalkers, bombers and mass shooters have claimed backstories like Arthur’s, making this take on the character hit a bit too close to home.

To top it off, the affluent people with the means to help, epitomized by father-of-the-boy-who-becomes-Batman Thomas Wayne (Brett Cullen) show no concern for the have-nots around them, which leads to increasing unrest between them and mobs of protesters who want to “kill the rich” and “resist.” It taps well into feelings that will probably be familiar to viewers, which makes the Joker’s line that he is “not political” stand out as a very blatant lie — though whether that lie belongs to the Joker alone or the filmmakers is unclear.

And there, again, is the conflict I felt watching Joker. On one hand, this Joker is terrifying because he is so real, because we’ve seen these sorts of pressures create very tangible monsters. On the other hand, the film doesn’t do nearly enough to rebuke this spiral into darkness — it just forces you to look at it, helpless to make the situation better. The Joker becomes noticeably happier and more well-liked the more he embraces horror and nihilism, and by the time the credits roll you’re not sure if you’re supposed to be OK with that or not. 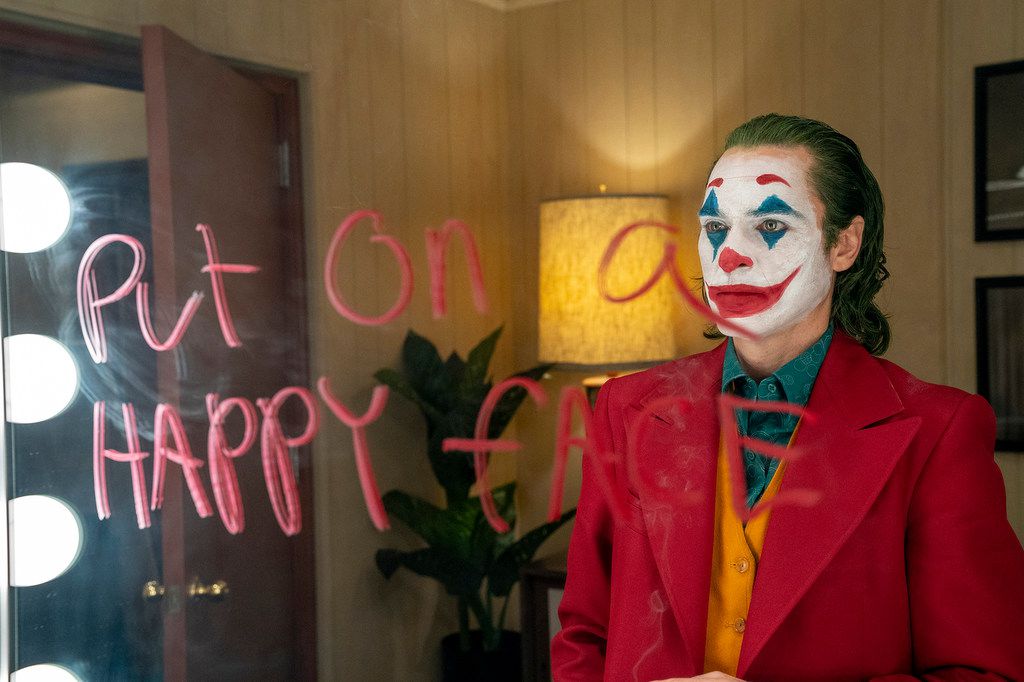 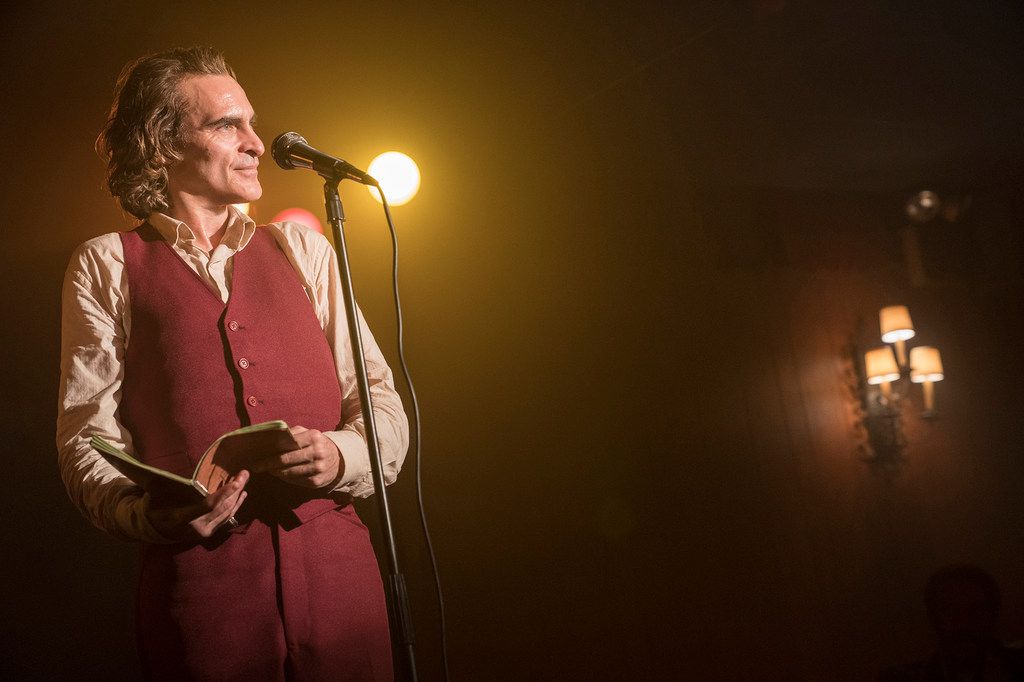 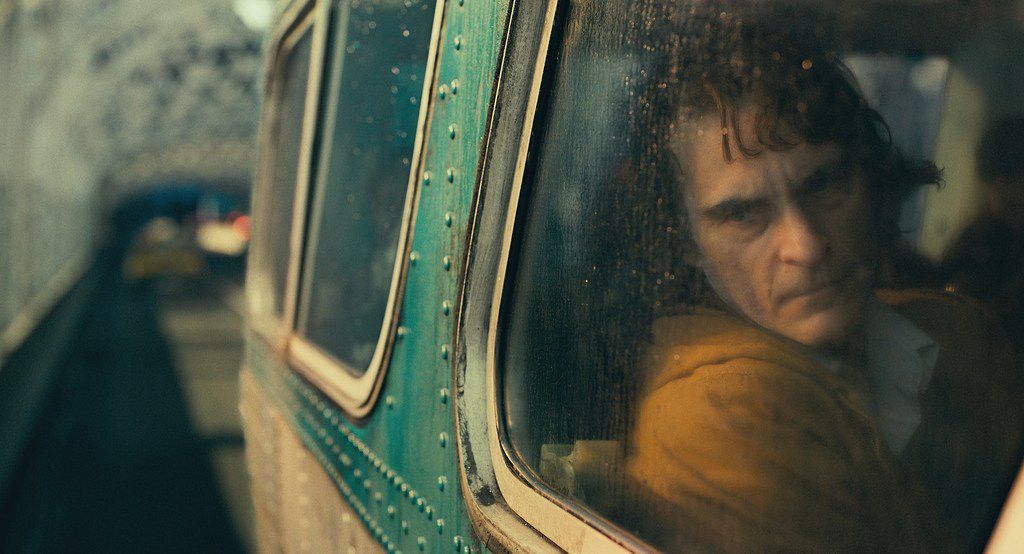 3/3Joaquin Phoenix stars in Joker as a man who’s consistently beaten down, physically and mentally, by the systems at work around him.(Warner Bros.)

Granted, the darkness is hard to stomach. While the body count is relatively low compared with some supervillain takes, every instance of violence in Joker is remarkably brutal. This part of Arthur’s story, at least, is never glorified. The clown prince’s crimes are raw and difficult to watch.

For his part, Phoenix is stellar. His performance carries the film, and the resulting villain we see at the end of the character’s arc is truly scary — certainly more compelling than the last big-screen Joker we got, and as interesting in execution as Heath Ledger’s acclaimed take.

Even though I admire much of what Joker accomplishes, I can’t get over a sentiment repeated a few times in the film: “That’s life.” (Frank Sinatra’s “That’s Life” is also part of the soundtrack.) Joker feels as if it’s trying to hold up a mirror to society, and while it succeeds in showing off the ugliness, it doesn’t say anything other than, “This is it.” In fact, if anything, it says, “This is your fault.” Look upon your works and despair.

And you know what? Sure. There’s some degree of merit to the argument that Joker only exists because we made him. It’s our fault for laughing at him for being different, for treating him horribly at his job, for cutting the government programs that gave him therapy and medication, for kicking him while he was down instead of just offering to help him up.

But on the other hand, maybe it’s also the fault of movies that act as if this cynical version of society is all there is, take it or leave it. If your only response to a screwed-up world is “that’s life,” then I’m not sure I want to hear what you have to say, even if you’re saying it well.

Britton Peele is a former staff writer who now works in The News’ product department.

The Beatles, Tones And I Lead Midweek U.K. Charts