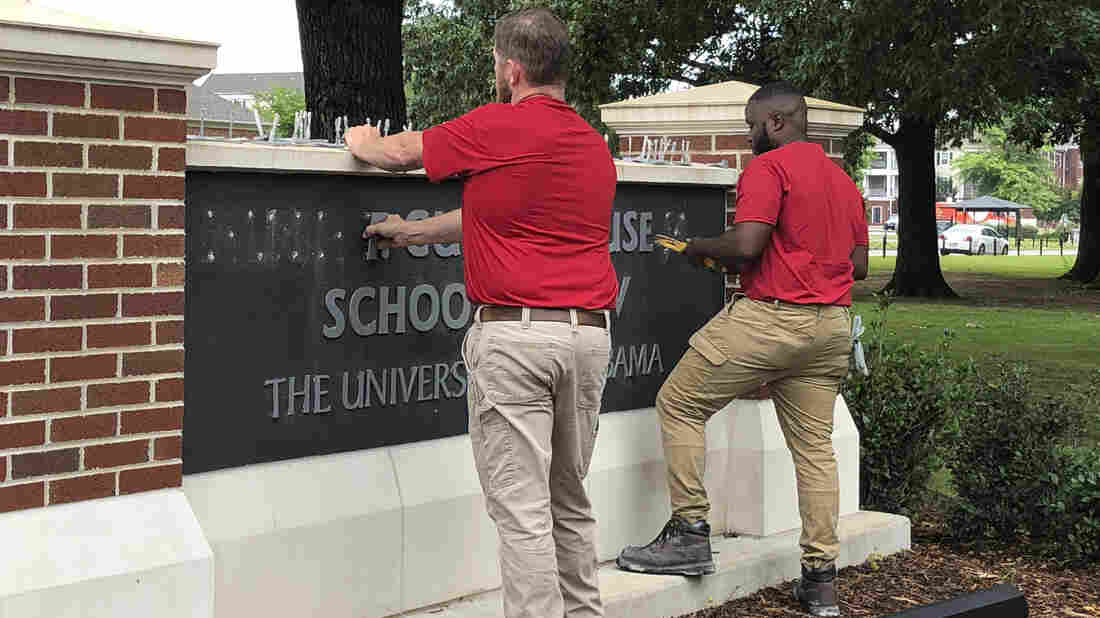 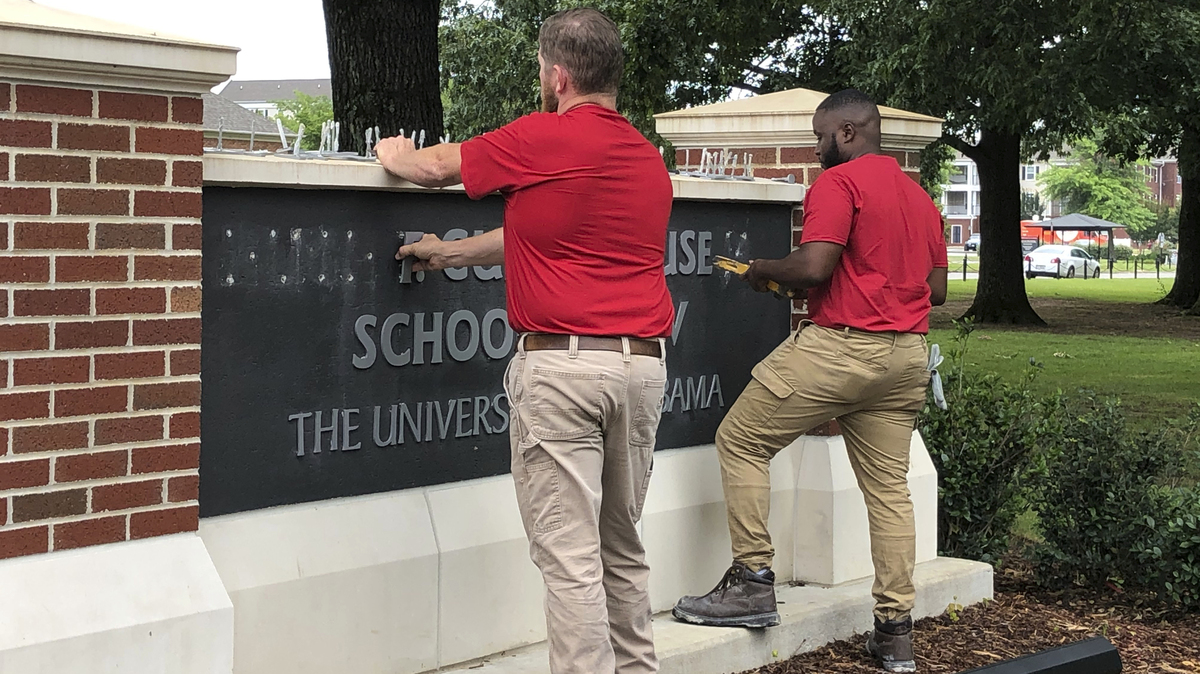 The University of Alabama’s Board of Trustees has decided to return a $21.5 million gift from Hugh Culverhouse, Jr. — the school’s biggest donor — and take his name off of its law school. The move comes after a dispute in which Culverhouse urged that a boycott of Alabama over its new abortion law should include the university.

The school says it the transfer of the $21.5 million was processed Friday morning.

“The action taken by the Board today was a direct result of Mr. Culverhouse’s ongoing attempts to interfere in the operations of the Law School,” the university’s vice chancellor for communication, Kellee Reinhart, said Friday. “That was the only reason the Board voted to remove his name and return his money.”

Culverhouse issued a statement in which he renewed his call for students “to protest and reconsider their educational options in Alabama.”

Of the decision to return his large donation, Culverhouse said, “I expected this response from UA. I will not allow my family’s name to be associated with an educational system that advocates a state law which discriminates against women, disregards established Federal law and violates our Constitution.”

Culverhouse also said he never demanded that his $21.5 million be refunded — and he said he’s now left wondering if the university’s fast action in returning the money is an attempt “to silence my opinions.”

Culverhouse, a Florida lawyer and investor whose father was the longtime owner of the Tama Bay Buccaneers, made the largest donation in the school’s 187-year history last September, in a gift that totaled $26.5 million.

But months after that donation was announced, Culverhouse joined those calling for a boycott of Alabama over its new and restrictive abortion law, which outlaws most abortions at any stage of a pregnancy, and does not include exceptions for cases of rape or incest.

Culverhouse’s attorney, Lawrence Kellogg, was quoted last month by Florida Politics as saying, “Sixty-six percent of the students at Alabama pay out-of-state tuition. A boycott by them could certainly be effective.”

While the university has acknowledged having a “dispute” with Culverhouse, it insists that the decision about his donation is related only to concerns about matters at the school, not at the statehouse.

“University officials say the school had nothing to do with the abortion law, and that there was on ongoing dispute with Culverhouse over how his donation would be used,” NPR’s Debbie Elliott reports. “Culverhouse says he thought it had been resolved and believes the trustees vote is in retaliation for his position on the abortion ban.”

The university says Culverhouse had previously requested the return of $10 million, and that he was also making demands about how the money was spent. Last week, Alabama Chancellor Finis St. John recommended to the board of trustees that it return Culverhouse’s entire $21.5 million donation to the law school.

On Friday, St. John spoke to the board again as it prepared to vote on the issue. He reiterated his earlier position, saying Culverhouse’s expectations for how his gift would be used are “inconsistent with the essential values of academic integrity and independent administration” of the university and its law school.

When Culverhouse committed to making the unprecedented gift last fall, the University of Alabama decided to rename its law school after Culverhouse. But within hours of Friday’s action by the board of trustees, university workers began the process of dismantling Culverhouse’s name from the signage outside its law school.

Culverhouse went to college in Florida — but he was born in Alabama, and both of his parents went to the University of Alabama and were involved in athletics there. His previous gifts to the school have included more than $2 million to support women’s golf scholarships in honor of his mother, who played golf for the Crimson Tide.

But in the current dispute, Culverhouse also mentioned his family’s social and political legacy.

“My father was an officer of Planned Parenthood in Jacksonville, Florida, during the 1950s,” Culverhouse said in May, according to Florida Politics. Referring to the abortion law, he added, “This is a civil rights issue that has been important to my family for many years.”