The Pittsburgh synagogue shooting survivor was a guest of President Trump’s at the State of the Union address on the night of his 81st birthday.
USA TODAY

He survived the Holocaust, escaped the Tree of Life shooting and, now, had members of Congress singing “Happy Birthday” to him.

Judah Samet, who turned 81 on Tuesday, attended the State of the Union address as one of President Donald Trump’s guests and received special recognition from the president.

“Tonight, we are also joined by Pittsburgh survivor Judah Samet. He arrived at the synagogue as the massacre began. But not only did Judah narrowly escape death last fall – more than seven decades ago, he narrowly survived the Nazi concentration camps,” Trump said.

After Trump recognized Samet, the chamber broke out into song to wish him a “Happy Birthday,” one of the more touching moments from Tuesday night. 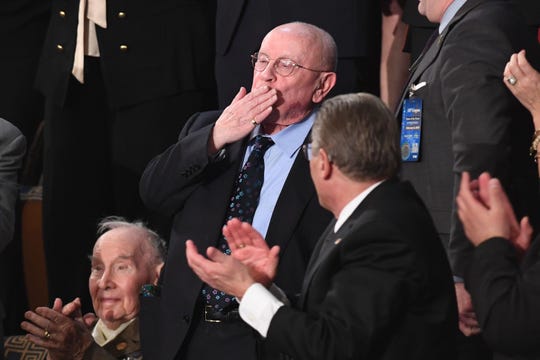 Special guest Judah Samet, a survivor of the Tree of Life Synagogue, blows a kiss as he is acknowledged during the State of the Union address at the US Capitol in Washington, DC, on February 5, 2019. (Photo: SAUL LOEB, AFP/Getty Images)

‘4 minutes saved my life’: Holocaust survivor had bullets whiz by outside Tree of Life

In October, USA TODAY sat down with Samet in his Pittsburgh apartment two days after an anti-Semtic gunman killed 11 of his friends at the Tree of Life synagogue.

Samet was four minutes late to services that Sabbath. A conversation with his housekeeper delayed him. When he arrived in the synagogue’s parking lot, a man knocked on his car window.

“He told me, ‘There’s a shooting inside your synagogue,’” Samet told USA TODAY at the time. “All of a sudden, I see this guy who was a detective hiding behind a wall but popping his head out. He had a pistol and he was shooting.”

Bullets zipped by Samet’s car, but the former soldier in the Israeli Army said he wasn’t riled.

“I was very lucky. Four minutes saved my life,” he said. 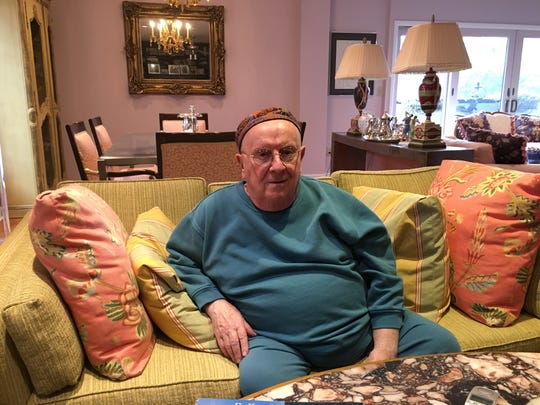 Judah Samet, 80, survived the Holocaust as a child. On Saturday, he missed the Tree of Life shooting by four minutes. (Photo: Ryan Miller, USA TODAY)

It wasn’t the first time Samet dodged death in the face of violent anti-Semitism. When he was a young boy, Samet survived 10 months in the Bergen-Belsen concentration camp during World War II and was just a stopped train ride away from Auschwitz.

“Judah says he can still remember the exact moment, nearly 75 years ago, after 10 months in a concentration camp, when he and his family were put on a train, and told they were going to another camp,” Trump said Tuesday night. “Suddenly the train screeched to a halt. A soldier appeared. Judah’s family braced for the worst. Then, his father cried out with joy: ‘It’s the Americans.'”

Samet was one of two Holocaust survivors and one of two Pittsburgh shooting survivors honored Tuesday. SWAT Officer Timothy Matson, who was injured in the massacre, and Joshua Kaufman, who was a prisoner at the Dachau Concentration Camp, both received recognition from Trump.

After the shooting, Samet was again reminded of that hate from the Holocaust. “It never ends. That was my thought,” he said.

Samet had been attending Tree of Life for more than 50 years. He knew all 11 people killed. But he was steadfast in how he would handle their killing.

“How did I handle the Holocaust? You got to go on,” Samet said.

‘Nazis are here again’: He hid in a storeroom during Tree of Life shooting. Now, he feels unsafe in home