Brad Pitt ruled the 1960s of Quentin Tarantino’s “Once Upon a Time in Hollywood” as a steely and memorable stuntman, and he’s not doing too bad in modern-day L.A. either winning best supporting actor at the 77th annual Golden Globes.

“Holy moly!” Pitt said in his speech. He remarked that when he was starting out, his fellow nominees like Al Pacino, Joe Pesci, Tom Hanks and Anthony Hopkins “were like gods to me so this is an honor. All my respect.”

It was one of two “Once Upon a Time” wins, as Tarantino also took home best screenplay. “When I win a writing award, you don’t share the script with someone else,” he said. “I kind of don’t have anybody to thank. I did it. But this time more than usually most, I had a fantastic cast that took it from the page and added an extra layer.”

There were also some big upsets: Taron Egerton snagged best actor in a comedy or musical for the Elton John fantasy biopic “Rocketman.” “I really wish I had written something,” said the British actor, who thanked his fellow “icons” in the category –  little Roman Griffin Davis of “Jojo Rabbit” – and John for “living a life less ordinary.” And “1917” filmmaker Sam Mendes upended powerhouses Martin Scorsese and Tarantino for best director. “That is a big surprise,” Mendes said. “There is not one director in the world who is not in the shadow of Martin Scorsese.” 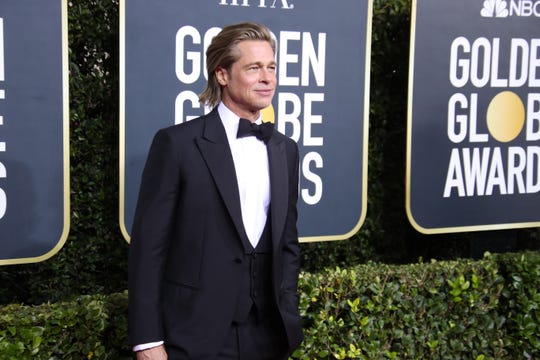 Awkwafina was named best actress in a comedy or musical for “The Farewell.” “If I fall upon hard times, I can sell this,” said the comedian, who dedicated the Globe to her father. “I told you I’d get a job, Dad.”

Laura Dern also picked up a major award at the glitzy extravaganza, hosted by Ricky Gervais: She won supporting actress for “Marriage Story.” Supporting characters often give “voice to the voiceless,” Dern said, and she thanked director Noah Baumbach for letting her “give voice, pay tribute to the divorce lawyer. Long, long overdue.” 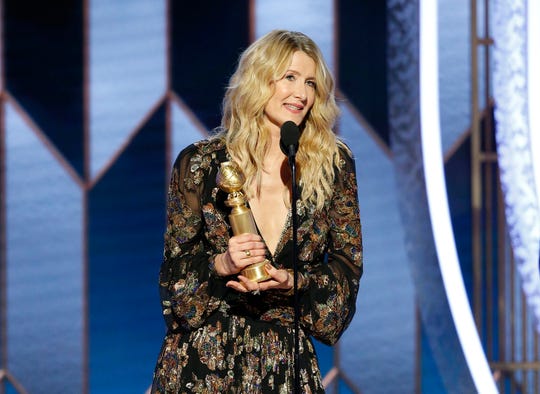 HBO’s “Succession” snagged two Globes, for best TV drama and lead actor Brian Cox, and so did “Fleabag,” which won best comedy and actress in a comedy for creator and star Phoebe Waller-Bridge.

Waller-Bridge said the success of Season 2 “really comes down to” co-star Andrew Scott. “There was a lot of talk about the chemistry between us in the show but he could have chemistry with a pebble. And I was glad to be Andrew’s pebble.” She also thanked President Barack Obama for him putting “Fleabag” on his 2019 favorites list. “As some of you may know, he’s always been on mine,” Waller-Bridge said, referring to an Obama gag in her show’s first season.

Olivia Colman, who won film best actress honors last year for “The Favorite,” won the Globe for lead actress in a TV drama for Netflix’s “The Crown,” in which she stars as Queen Elizabeth II. “For the last year, I feel I’ve been living someone else’s life,” Colman said, “and now I definitely feel I’ve won someone else’s award.”

Hildur Guðnadóttir won best original score for “Joker” – “I thought they forgot the music!” said the Icelandic composer. “Missing Link” was named best animated movie, and critically acclaimed black comedy “Parasite” took honors for best foreign-language film. South Korean director Bong Joon-ho said in his speech that once viewers got over the “barrier” of subtitles, “you will be introduced to so many more amazing films.” 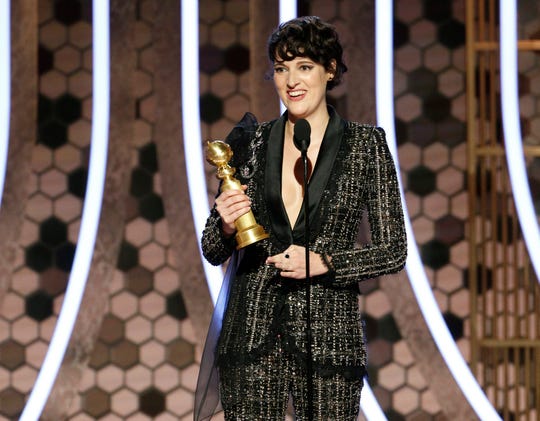 There was also a little musical history made: Songwriting legends and partners Elton John and Bernie Taupin won their first award ever together for “(I’m Gonna) Love Me Again.” The original tune from the John biopic “Rocketman” won the Globe for original song over Beyonce’s “Spirit” and Taylor Swift’s “Beautiful Ghosts.” “It’s very humbling,” John said while Taupin added that the song was special because it honored their “52-year-old marriage.”

“I know you guys haven’t seen my show. Everyone’s like, ‘Is this an editor?’ ” said the self-deprecating Youssef. “My mom also was rooting for Michael Douglas. Egyptians love Michael Douglas.” 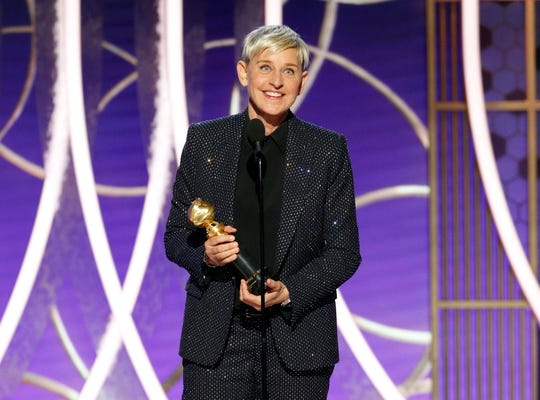 Charlize Theron presented Tom Hanks with the Cecil B. DeMille Award, and recounted a story of his kindness when filming one of her earliest film roles in his movie “That Thing You Do!” “He just makes the world a better place,” Theron said of Hanks.

“Most of the people in this room, I would pay to see them get their cars washed,” a humbled Hanks said. He sang the “The Love Boat” theme with a cold “the size of Merv Griffin’s ‘Jeopardy!’ royalties,” but choked up when mentioning his wife Rita Wilson and five children in front of him. “I can’t tell you how much your love means to me.”

And Ellen DeGeneres was honored with the Carol Burnett Award for excellence in television, and presenter Kate McKinnon noted how important DeGeneres has been as an LGBTQ icon: “She risked her entire life and her entire career to tell the truth.”

After saying she felt humbled and honored, DeGeneres had a little fun with receiving a career-achievement award -“I don’t have to end (my speech) at all because it’s a special award” – and joke-thanking “my husband Mark” for supporting her on “this crazy journey” But she ended with a heartfelt message about what she enjoys most about having her own talk show: “All I ever want to do is make people feel good and laugh. But the real power of television is … that people watch my show and are inspired to do the same in their lives.”