It has remained a mystery for more than 130 years as to who committed the gruesome killings of five women in London.

But incredibly, experts believe they may have found out who the shadowy figure is.

A blood-covered shawl found at one of the murder scenes is believed to contain DNA from both victim Catherine Eddowes and Jack the Ripper. 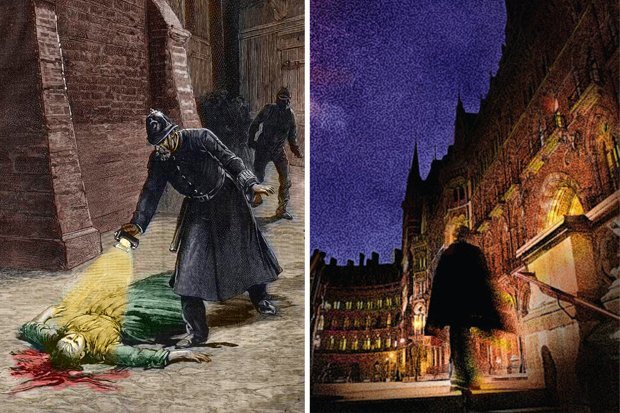 MYSTERY: Jack the Ripper’s identity has long been speculated over (Pic: GETTY)

KILLER: The DNA analysis on the shawl pointed at Aaron Kosminski (Pic: PA)

MYTH: London was terrified after the brutal murders of women in the east end (Pic: GETTY)

It has been thought to have belonged to the Ripper himself, who they now believe is Pole barber Aaron Kosminski, 23 at the time.

The authors wrote in the Journal of Forensic Sciences their findings.

They wrote: “We describe for the first time systematic, molecular level analysis of the only surviving physical evidence linked to the Jack the Ripper murders.

“Finding both matching profiles in the same piece of evidence enhances the statistical probability of its overall identification and reinforces the claim that the shawl is authentic.”

“It reinforces the claim that the shawl is authentic”

Experts compared fragments of mitochondrial DNA taken from the shawl with those taken from Kosminski’s known living descendants.

The Pole was prime suspect for the investigators of the horrible crimes in 1888 but there was not enough proof.

Of course, they did not have DNA testing back then – and now the technology appears to have solved the case.

The tests by the university suggests that the Ripper had brown eyes and brown hair.

FRENZY: Fear can be seen in the media coverage of the kilings (Pic: GETTY)

It matches evidence from eyewitness reports.

Researchers have described the new study as “the most systematic and most advanced genetic analysis to date regarding the Jack the Ripper murders”.

Kosminski has been accused before with the use of DNA evidence.

Jari Louhelainen, a biochemist at LJMU and one of the coauthors of the current study, had obtained the shawl back in 2007.

DEADLY: Five women are believed to have been preyed upon by the attacker (Pic: GETTY)

He had DNA analysis on samples conducted which he said pointed to Kosminski.

But the research faced criticism from geneticists who said more analysis needed to be done.

The hideous attacks, in which their throats were typically cut before the bodies were mutilated, went down in folklore and is famous across the globe with numerous theories put forward as to who the killer was.

They included the hypothesis that it was a woman or a famous serial killer from the US.

SHOCK: Police were stumped as to who had committed the gruesome murders (Pic: GETTY)

Fear spread across London with a letter being written to newspapers signed by “Jack the Ripper”, hence the nickname for the attacker.

Kosminski was never prosecuted for the crimes and was later admitted to Colney Hatch Lunatic Asylum in 1891.

It was noted he was well behaved in the asylum and his mental illness took the form of auditory hallucinations.

He was said to have a paranoid fear of being fed by other people, a refusal to wash or bathe.

Dead whale washed up in Philippines had 40kg of plastic bags in its stomach...